After enjoying a bit of time on the SF Payette River, we returned via McCall and spent some time at the lake.  Yes, more dog and cat pictures. 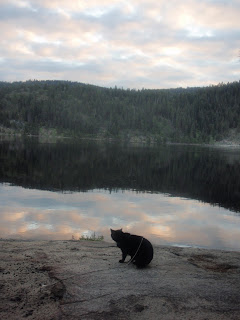 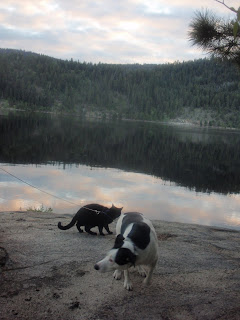 Before we returned to McCall, we stopped off along the Middle Fork Boise River.  Here I worked on a report in the tent while it rained.  The following day we went for a hike to a hot spring.  The first trail was steep and the wrong one!  The second trail was the correct one, more rolling hills, and the hot spring not so glamorous.  We passed Boiling Spring, where one can rent FS cabins and soak in the pools which were very very hot, very hot. 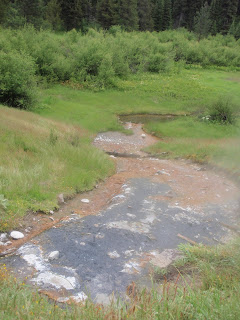 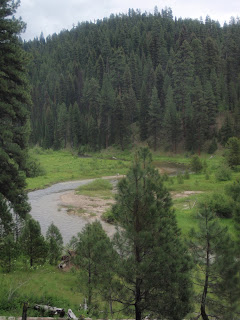 Ain't Idaho pretty?
Posted by Ms.Lou at 2:06 PM No comments: 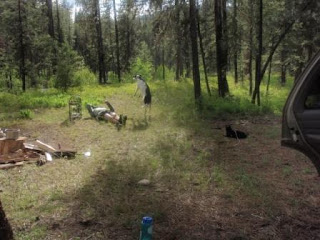 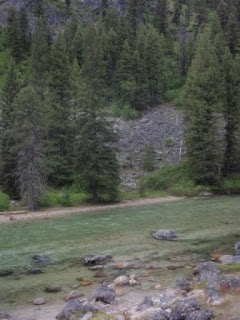 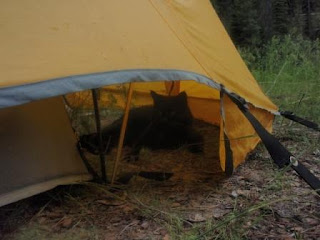 After camping outside Lowman, we continued up the river towards the Sawtooth Mountains.  Set up camp along the Grand Jean road.  The weather was rainy and we hung about camp and allowed the pets a play date with us.  Todd managed to get in a nap between twig tossed with Henry.
Posted by Ms.Lou at 11:02 AM 1 comment:

After Boise, the zoo, Todd and I went camping along the SF Payette River upstream of Lowman. 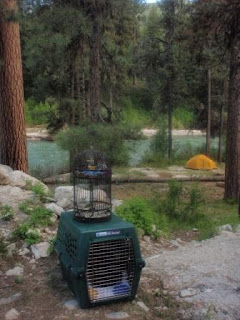 Two nights at one camp spot proved to be very relaxing.  The first night was very cold.  In the tent we had both Henry and Jazzy with us. JAzzy was cold and needy of attention and proceeded to snuggle up with me for most of the night.  This is not a posed picture folks!  Henry is a great camping pal, he passes out cold upon entering the tent. 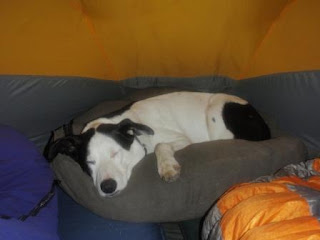 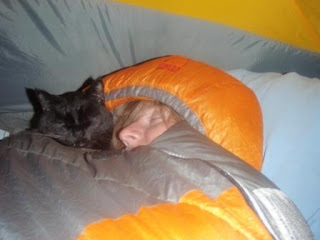 The first night of camping with the cat proved successful as shown by the smiles on our faces (really, the cat is smiling). 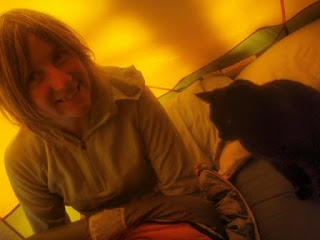 The nxt day we checked out the river and by 2pm were on the raft floating downstream. It was a great flow, pushy but the rocks were mostly covered and the waves not so big.  We purposefully skipped two sections above and below the portion we did due to some not so straight forward rapids. 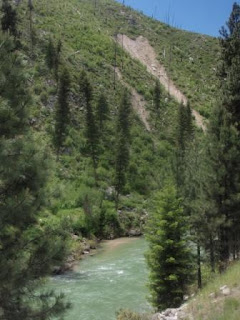 Last week, Todd and I took the zoo to Boise and stayed at Shelley's for a few days, then up to the South Fork Payette River for some camping and rafting, followed by a few days in McCall before heading back to Moscow.
In Boise, the humans went to dinner at Mai Tai.  Mmm, sushi and saki.  Todd has never tried saki and now knows how easy it is to drink more than you should. 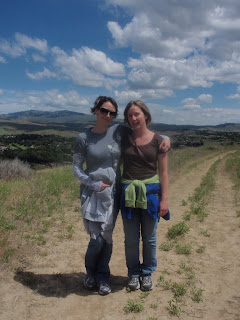 The following day was a bit slow for all of us.  We did a small hike up in the foothills behind Shelley's place.  Spring flowers were blooming after all the early summer rains. 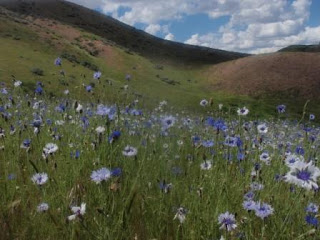 BAck at home, the cats tolerated each other well and Scooby was safetly chirping in his cage. 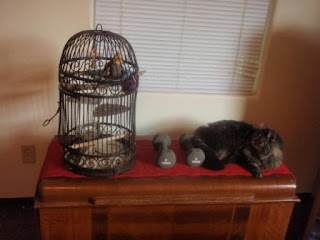 From my kleptomaniac friend:
Skinny

Stolen for the video at the bottom of her post.  Dogs are soo cute!
Posted by Ms.Lou at 1:04 PM 1 comment: