Thursday, Henry Todd and I rafted down the Grand Rhonde River in Oregon and Washington.  What a great trip. 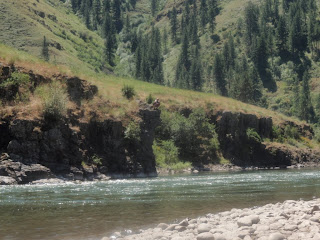 It was hot enough to make river running a blast, the water was warm enough to swim in, and the sun shine relentless.  At the half way point, or there abouts, we stopped on a gravel bar for over 2 hours.  What a wonderful break.  I hid from the sunshine under the cheap wally-world umbrella. 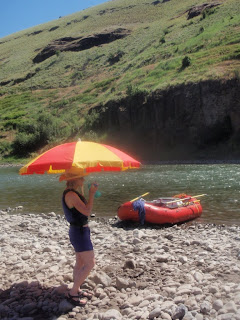 Mom: I wore sunscreen the whole day, refreshed it twice, and hid under the sarong. 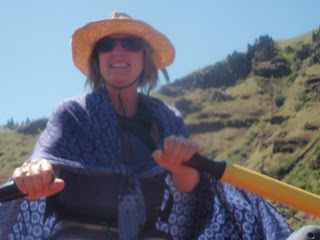 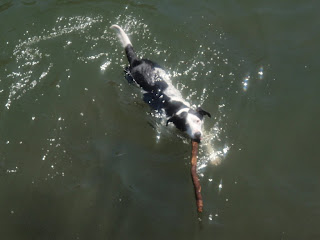 Henry had plenty of swimming and fetching too.  He was so tired that at the take out, he slept in the rocks and dirt instead of wanting more fetching. 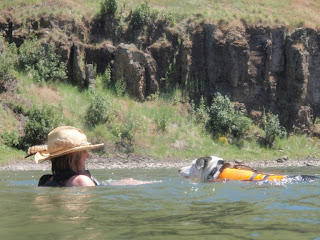