This post should have been posted at the end of July, but better now than never! 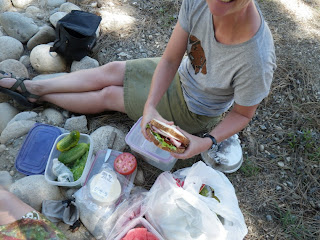 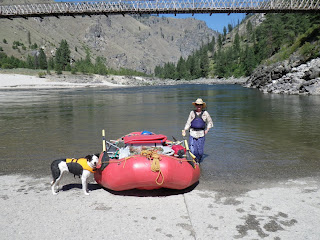 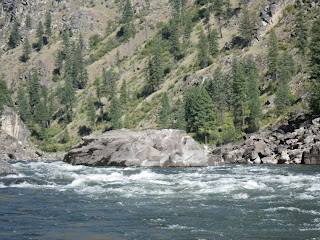 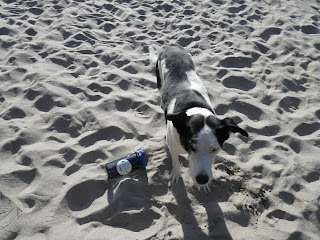 Gina and I took Henry and Shiva's ashes to the Salmon River for a float trip.  We arrived on a Saturday afternoon and attempted to find a beach to camp at, but alas, like a summer day in a river canyon, there were no spots available on the road side of the river.  Soo, after a tasty lunch, we rigged up the boat with our camping gear and set off to find a beach on the opposite side of the river.  Even with this option, there were few beaches to choose from so we settled on a steep small beach. 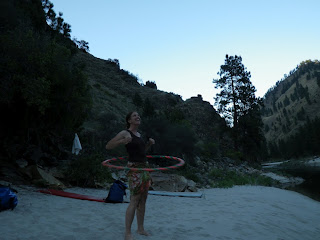 Gina cooked dinner of delicious sausage she made from a friend's deer.  Henry played fetch of course. I drank beer while hiding from the sun and throwing Henry's stick.  Shiva rested in the sand.
We slept under the stars half out of our bags as it was a warm summer evening. 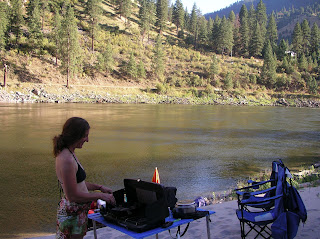 Morning came and we had yogurt, cereal, and fruit for breakfast.  Broke camp and set off, me with my coffee still in hand. 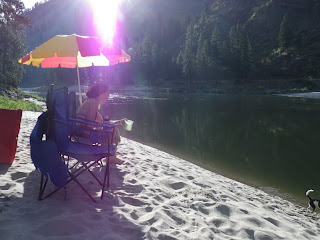 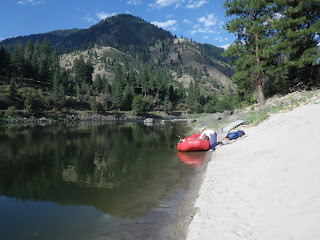 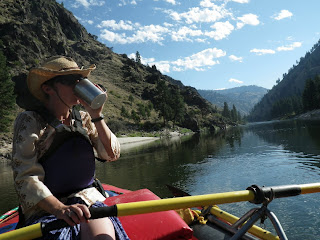 Gina hula-hooped on top the raft while we passed under the Manning Bridge.  Shiva was released just past the bridge, in a very deep, calm part of the river.  The white bone fragments flickered as they dissipated into the clear depths.
Afterwards, Gina was at the oars for a while and did a great job maneuvering the Partridge Bridge rapids.  She is an excellent rafting partner.  She cooks and wants to oar.
The trip was short but all of us were glad to get out for a girls weekend on the river. 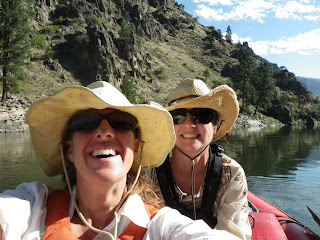 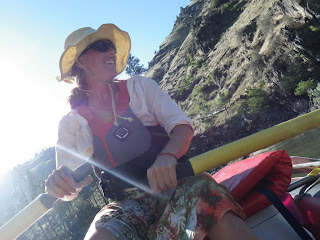 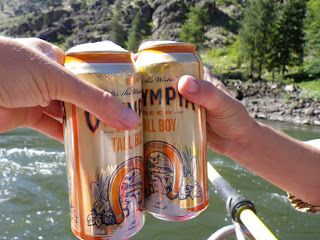